Here's Em playing in the fountain

the little buds were such good sports watching all the fun 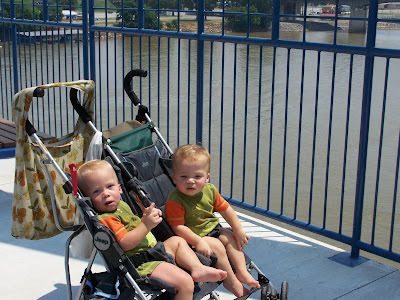 Jeff got to count heads while I fed babies. I liked my job better! 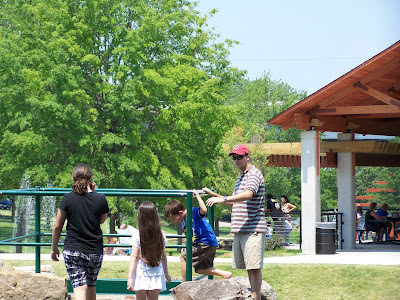 eating pbj's at the top 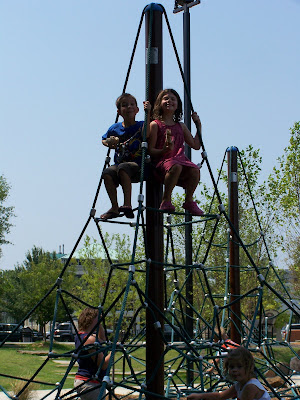 They called this climbing thing the "spider web" 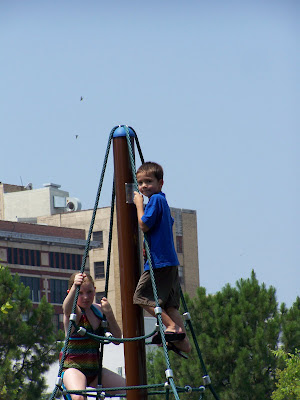 she'd just grin and keep letting it spray her face 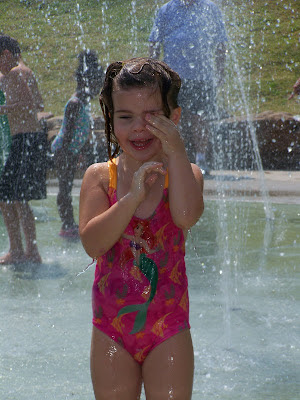 Em kept letting it spray hard right in her face 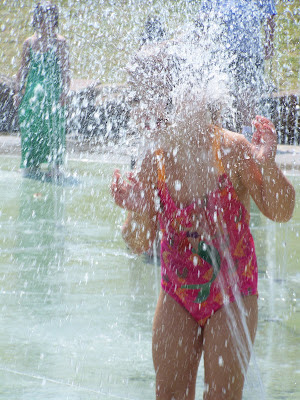 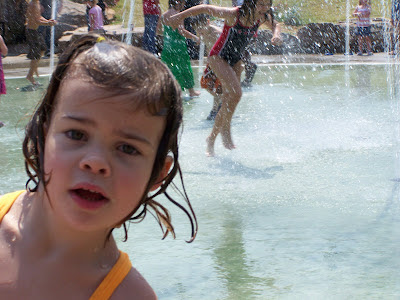 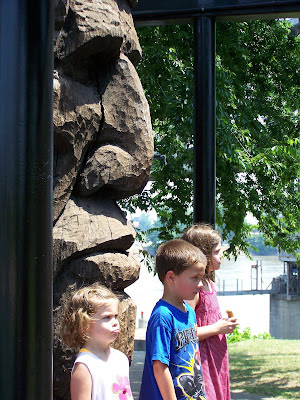 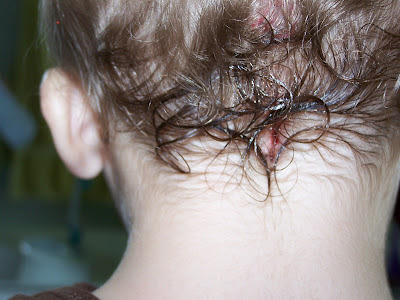 Carson said "Brady" last night - he and I were downstairs and Brady was up in his crib crying. Carson got all worried and looked at me with big eyes and said "BA-DY!"

Brady's new word - upon seeing the banana I was peeling for him "na-na, na-na." The boy likes his food.

They grab each other's high chair trays and steal off each other's trays the stuff they really like. Carson was stealing all the potatoes from Brady tonight (Brady wasn't eating them.) I quote to them all the time "Jack Sprat could eat no fat and his wife could eat no lean" because Carson will eat all his fruit and/or veg and then take Brady's (who spits out basically anything other than bananas.) Brady will steal Carson's meat or cheese bits. If I really want one to eat what he has I have to make sure they're out of reach of each other...

Carson had his little surgery this morning and did great. We were in and out by about 10:30am. I'm glad to have it over and done with! He's got some pain-killers and an antibiotic, and looks to be recovering well so far.

I HAVE to boast - I just beat Jeff in Monopoly. See, we have different strategies - mine is play it safe, his is buy everything in sight and put houses on it even if you have to mortgage other stuff to do it. It totally works! I played the "Jeff" way and even though it makes me nervous there's no going back.

Updates on the kids:
Brady says "Ock-ock" or "ott-ott" when he rocks on his little rocking horse.

Carson yells "Dis! Dis! Dis!" when he finds something he likes - it means "this". He also taunts Brady - holds a toy out and then pulls it away and laughs! It's pretty funny.

Emmie said to me today "Momma, tell me some important things about God."

Logan came to me to tell me that Riley REALLY wants a bouquet of flowers all her own for her birthday. He is so tender to her.

Riley - she's the best ever. Yesterday she kept saying "you know what I can't wait for about tomorrow? Latin!" We did our first Latin lesson and she loves it.

As for Jeff, he wrote a book review for the TMS Journal and is happy to have it done! 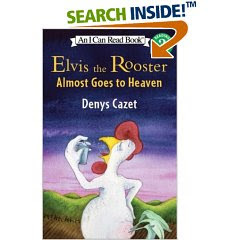 It's hard to find books that Logan wants to read right now. I read an article in this month's World magazine that talked about what boys like to read vs. what girls like to read. In a nutshell: boys like silly stuff. So I went to the library and found this: Elvis the Rooster Almost Goes to Heaven. He loved it, and so did I.