Notes on the lizard

Logan just took the top off the lizard box and said "Smells like a green bean in there! A ROTTEN green bean!"

Logan's lizard - Rocky - he thinks we'll be able to keep it alive... 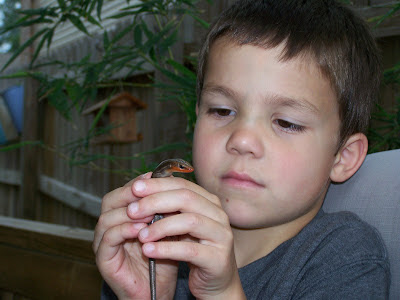 When Riley poses with "Rocky" she makes it look like a photo op. 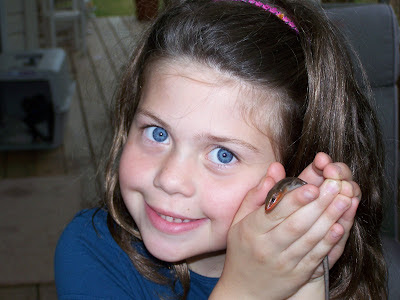 They put Etta in her cage so she wouldn't eat the lizard (sometimes they feed her bugs). 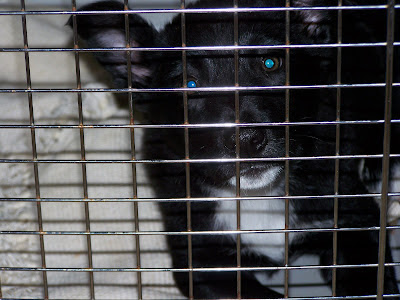 A little bit ago Logan asked for a granola bar, I said yes, so he headed to the counter where a new box was sitting. He reached for the box then yelled "A lizard, a lizard is on the counter!" I was on the couch (as usual) and didn't want to get up, so I just said "are you sure?" He was pretty sure. I hoisted myself up and waddled over, and to my surprise there really was a lizard on my counter. I'd say he's about seven or eight inches long. I caught him between the box of granola bars and a trivet, dropped him in a clear plastic box and put Logan in charge of him. So far he's been good for about 45 minutes of happy outside play time. Logan just ran in and yelled "Momma! It bit me!" Not hard, though.

A recent Emmie-ism: "Momma, my heart is laughing!"

This was a month ago. 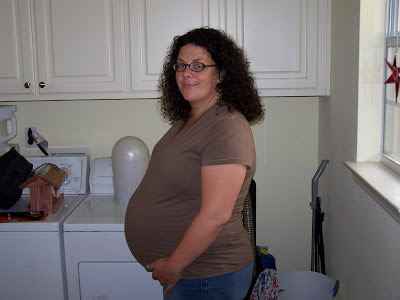 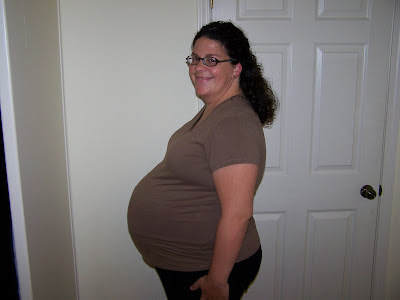 This morning I said to Emmie (after she did something well), "Emmie, you rock!" Her immediate reply, "Yeah, I'm a rock star."

Last night Emmie ran back into my room after being put to bed and said, "Momma, can I have just one more piece of love?" Who can resist that?


For those who wonder how I'm doing, let's just say that yesterday about twenty minutes before Jeff came home I laid down on the couch facing the back of the couch (for some strange reason) and suddenly realized I was pretty much stuck. It dawned on me as I was getting myself comfortable that I was going to be there until he came home and helped me up. So that's how I'm doing. I get myself stuck in places like...the couch. And I bump my stomach all the time because it sticks out so much further than I can even believe!

Logan said to me yesterday "Mom, why do you talk funny to Etta like she's a baby? I told my friends that my mom talks all weird to our dog." 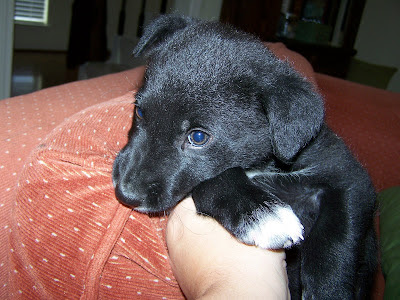 Etta likes to sit here and watch me as I'm sitting in my "nest" (where I work from all day) on the couch. She's a good dog! 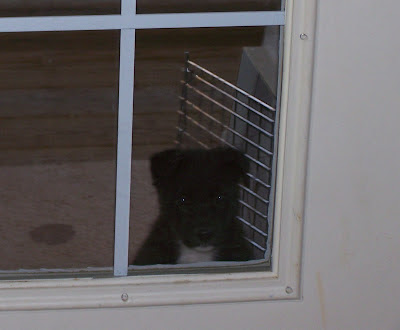 Some freak paintballed my house. I was NOT happy but it washed right off. 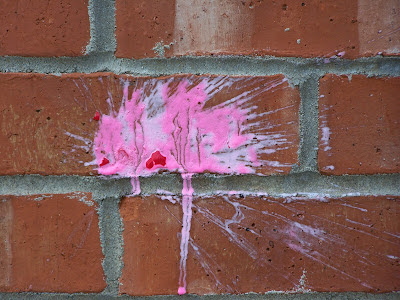 This is fairly representative of Em's last two weeks. But I love her to death anyway. The little stink! 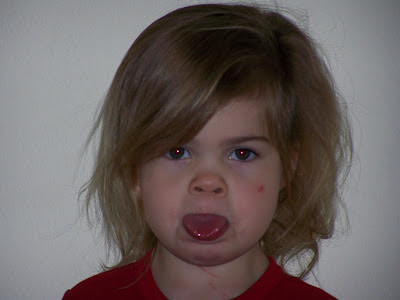 They are on "poop patrol" - note the plastic bags - and look at his face, he's not hating it! 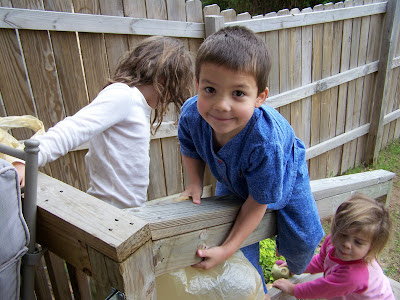 They were singing "Everybody was kung fu fighting" and acting out what they thought that meant... 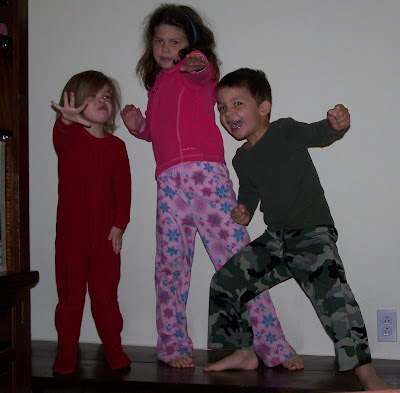 The spectacular thing about this picture is that all three were playing a game sweetly together and not fighting - I was very happy. 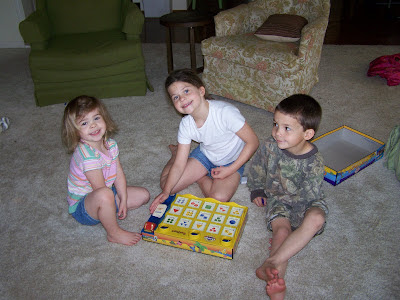 Logan in the Cypress tree (I wouldn't dare go in there...) 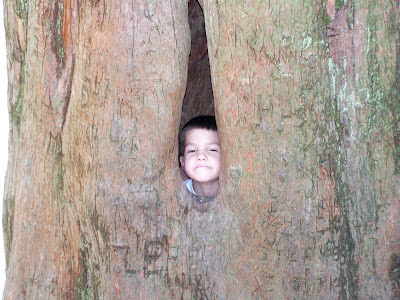 If that glass wasn't there... 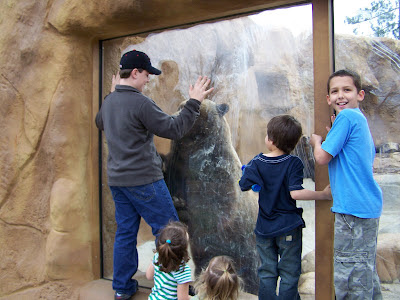 This visit they realized they can't marry each other- that was a little sad for them! 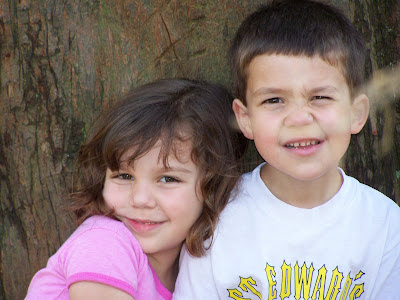 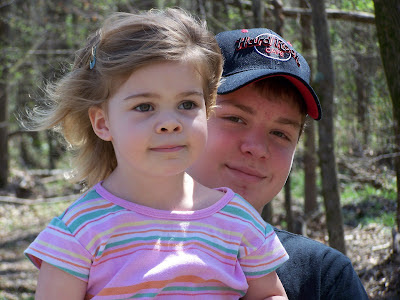 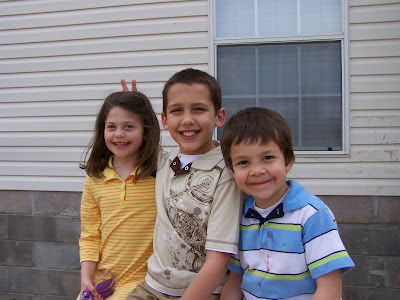 This is how I found her when I went to check them all last night. 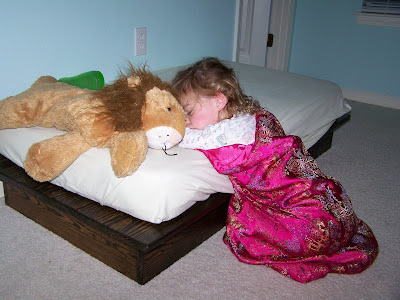