Riley is sitting with Emmie reading to her and singing with her. Emmie keeps looking up at her with eyes full of love and admiration so I said, "Riley, Emmie loves what you're doing with her - look at how she looks at you like she loves you." Riley looks, smiles. Then I said, "you know how I call Aunt Deb and talk on the phone? Someday you guys will be friends like that." [insert - tender moment here] And she answers "Well, I was really hoping I could get this puppy...?"

Emmie - Hey Mom, my crayons are great and fearless! And my coloring is great and beautiful.

Today the kids were playing outside when all of a sudden Emmie ran inside and locked the door. I said "Em, unlock that door." She said "I can't! It's too unlock-ish!"

Just now a box of homeschool stuff came and I got out some new addition flashcards to look through. Riley and Logan are fighting over them. Logan - "Mom! She's taking too long! You've already done 4's!" He wants them - he's dying for them! Flashcards.

Logan - I want a hamster.
Jeff - We will never have a hamster.
L - Why? I want a hamster!
Jeff - Hamsters smell. We will never have a hamster.
Riley - I want a dog.
Emmie - I don't wanna dog! I wanna cat. Cats don't lick!
Logan - Well, all I want is a goldfish.
Riley - I just want a puppy. Puppies are cute.
Emmie - I don't want a puppy! I just wanna cat. Cats don't lick.
Riley - Dad says that hamsters, well, they don't love you they just poop and crawl around.

That's the pet discussion at my house.

Me - Who ran off with the remote control?

And again today - I asked "how was your sunday school class" and she answered "great and fearless!"

This was her birthday - she gives the best oh-it's-just-what-I-wanted face ever! 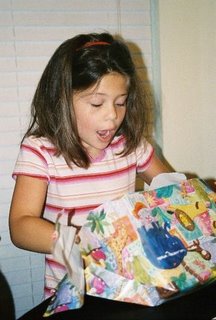 this is Emmie coming into the "wardrobe" - the stuff hanging is fur... 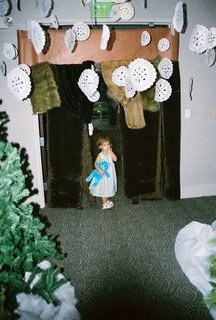 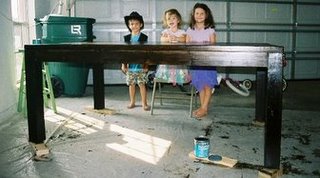 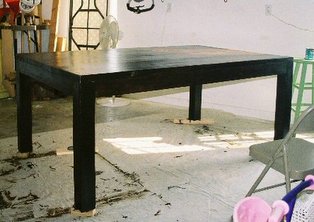 gypsy ballerina fairy princesses - or something... 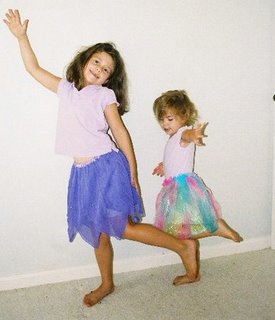 today in the van: 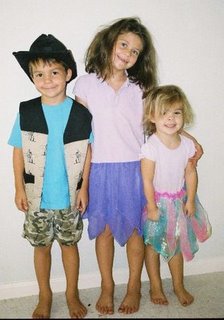 "Uh, Mom? Whenever I hear a squeak I feel funny in my head, kinda. I can't explain it."

I had to take Em back to the doctor this morning to get checked, and when she heard where we were going she ran to her little playhouse and wouldn't come out. Jeff couldn't get her out (without yanking a leg off) so I bribed her out. I think that's the recommended tactic in an addendum to Shepherding a Child's Heart. The whole way to the clinic she cried "I just want to go home! I just want my playhouse! I don't want another shot!" Very sad. She's better, by the way. After the doctor checked her she wouldn't look at him. She cracks me up.

The other night I was holding her and listing off adjectives about her like "you're wonderful" and she'd say "yeah" and then I'd say "and precious," "yeah" and so this went on for a while and then I finished and she said "and cruddy?" (sometimes I call her my cruddy-buddy when she's all grimey.) So "cruddy" is her new word. At Target today she said "is it kinda cruddy in here, Mom?"

I just gave the kids some Lemonheads (five apiece, you have to count ahead or else they compare and someone freaks) and Logan hasn't eaten one yet - he's holding them in his hand still, and he just said "If you just gave me four more I could finish my flower." He's made a design with them. Sometimes he holds onto stuff and then it ends up in his pocket therefore in the wash and all over stuff. He's a pack rat.

Today he smooshed sillyputty into his favorite (camo) shorts. That was right before Emmie came to me with her finger held out saying "Look, poo-poo!" and sure enough, it was. So I didn't really have time to freak about the sillyputty. Which was good, in a way.

So tonight everyone got new shoes (thanks Gramma!) at Target. Logan's new church/casuals have a little lion on them and he said "Look! They have Aslan on them!" Riley got cool sneakers (she has "church" shoes that I got at a yard sale last year...) and Emmie slept through the entire experience (even with me trying shoes on her.) She woke up as we were putting her back in her car seat and I told her about her shoes. When we got home she was asleep again, but had put on her shoes (with the little elastic thingy still tying them together.) She loves shoes.

I transplanted sunflowers tonight. Why? Because I realized the pots I had them in were not big enough...and they are the only things that I started from seed that are still alive. I thought it would be cooler by around eight but it wasn't. Plus, now I'm afraid of Black Widows being everywhere. I was paranoid the whole time.

The glories of Arkansas

Today, home with sick child, I decided to mop. It's been a while. My bucket was somewhere in the garage. I looked hard, found it filled with empty flowerpots. So, I reached in to empty it out and saw a spider - not tiny, not so huge - and paused a second. Then decided the spider wasn't that big of a deal and reached back in, only to see the sun glint off a little red hourglass. It's always fun to find a Black Widow in your garage storage-room-slash-husband's-sometime-office. I pretty much hauled it out, tipped it over and whacked the fire and brimstone out of that spider. My second Black Widow this summer. Ugh. Days like this cause me to fondly remember wandering barefoot in the woods in Maine, nothing poisonous nearby except maybe mushrooms, which don't attack.

Last night when they came home from Zach & Molly's wedding the kids were telling me all about it. High points (from kid perspective): someone knocked over a table of glasses (not Logan), Logan broke a glass, the cake had different flavors in different layers, Molly was beautiful, the scattered petals. Then Logan says, "And Mom, the punch was exquisite!" Now Jeff claims he had recently used the word (though not to describe the punch) but I'm still impressed.

This morning Emmie, still not feeling well, wanted the tv on. I agreed, and was turning the channel to something for her. She kept crying and saying "I don't prefer that show!" until I found the right one. What in the world? Jeff just looked at her and said "did she just say she doesn't 'prefer' that?" Polite even in illness, that's my Em.

Last night before bed we finished the Narnia movie (again - I think they watched it twice this week). Then it was up to bed, except Emmie needed a quick bath. I dried her off and brushed her hair, with her sitting on the bathroom counter in front of the mirror. Her hair was kind of parted on the side and all slicked down - she looked in the mirror and said "HUH?!? My hair looks just like Lucy's!" And it kind of did!

Last night I was trying to help Logan settle down and get to sleep (it's hard! there's a lot of excitement!) so I was sitting beside his bed, rubbing his head, doing sudoku with the other hand (thanks for getting me hooked, Ginny). We had several interesting conversations. After a good ten minutes of silence and stillness on his part I thought he was asleep, looked closer and saw his eyes were open. I thought maybe something was wrong, or maybe he was just thinking hard about something (maybe - in my pride - even something he had learned in vbs!) so I asked:

"Logan! Is something wrong? Are you okay? What are you thinking about?"
Logan - "Popeye."
Me - "What?"
Logan - "He's not really a sailor. But he's a lot of other things, and really strong." 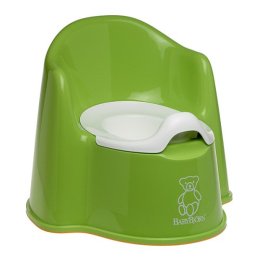 "For Narnia! And for Aslan!" I heard Logan yell this the other day before charging into a room...we watched the movie the other day, and, of course, vbs...

Today's highlights: I bought "Floam." Riley got some for her birthday (thanks Aunt Deb) and Logan's been dying for it, so I got some for Em and Logan to share. Emmie immediately made a "patterkiller" (patricide?) or, caterpillar. Logan made a turtle and put it away. Novelty gone. Just goes to show you, it always looks better on the infomercial.

Next highlight: Lady at Sam's scolding Riley for taking a piece of mahi mahi without knowing what it was. What? She actually said, "No, honey, you shouldn't ever take something without knowing what it is." I pretty much said, "It's fish, Ri, you can have some." Why do older strangers always feel free to scold children? My children? Is it just the south? I guess I'm still just not used to that.

Next highlight: It's really hot here. Oh, that's not a highlight.

Next highlight: Emmie's new potty chair came. I opened the box, put it in the bathroom, and she immediately used it, saying, "Oooh! My new green potty!" That's gratifying. We'll see if it takes. I'm not a high-pressure potty-trainer. It's just not worth it to me until she's ready.