To top it off, she has a raspy voice still from last week's throat infection... 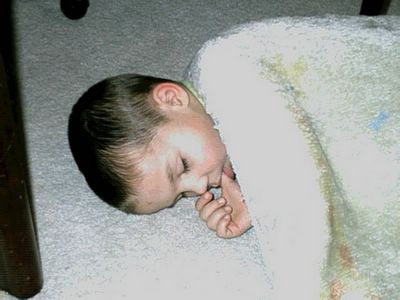 It looks like I'm going to have to get him in a 12-step program. 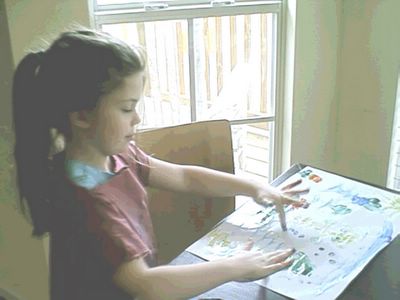 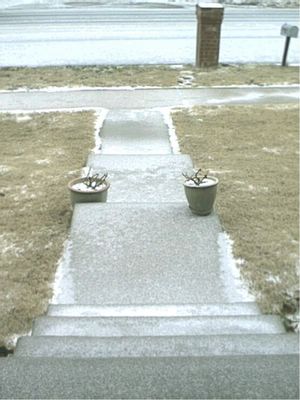 I'm willing to bet good cash money that churches will cancel tomorrow because of this - we'll see. I just wanted my Yankee kinfolk to see what shuts us down here in Rebel land.

Emmie just ran in the kitchen and said, "Can we see if Xander and Desi are home?" That clearly. Minimal lisping. Then presented me with her little box of candy (I know, I never give them candy in the morning but you know how it goes I'm working on something and want them to stay outside while it's like seventy degrees out) and says, "Can you open this for me? It's kinda stuck." Logan at this age still mostly grunted. Forgive me for being in wonder. 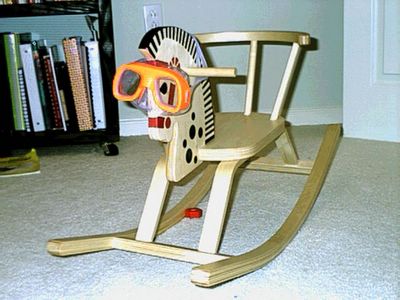 Things that make me happy to be a mom. Not a staged shot, just Emmie's idea of sharing with her "rockin-horthsey." 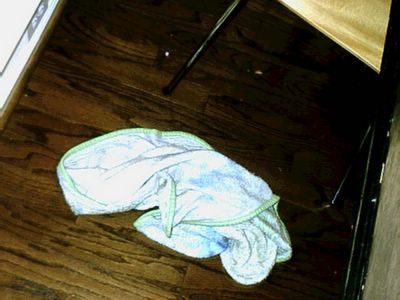 Do you even realize the significance of this? I just took this picture. It's 10:23pm, Logan is asleep in his bed, and this...this is "the blink"! This marks a turning point in the life of my 4 and 3/4 year-old son. After he quit sucking his thumb (for money, what else) he gradually became less addicted to the blink - and here it is, under the kitchen table for the night, a tribute to his fleeting childhood. Or something. 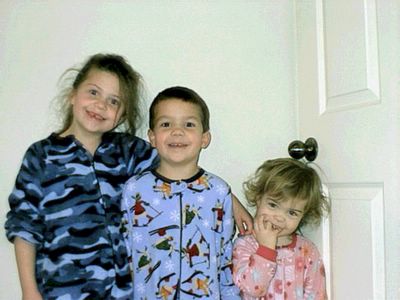 What can I say. 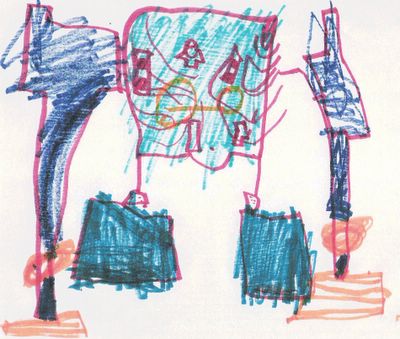 Today Logan went to Target with me and picked out two little Transformers - this is his rendition of one of them. He's FOUR! Check out the details.

This is a conversation just now between Logan and Riley

Now they're packing, but they won't let Emmie come.

This afternoon we took the kids to the dollar theater to see Wallace and Grommet. At one point Riley was overheard to say "Logan, will you hold my hand, I'm a little scared."

As I carried Emmie into the house (having - as usual - taken off her socks and shoes) I kissed her and said, "Oh, Em, I enjoy you." To which she promptly answered, "I enjoyed my lollipop." That was several days ago, and still fresh on her mind?

Tonight she said to Jeff "oh, Dad, where's your twinkle?" (pointing to his ring which is just like mine but without the diamond...) The little bug really takes in jewelry. 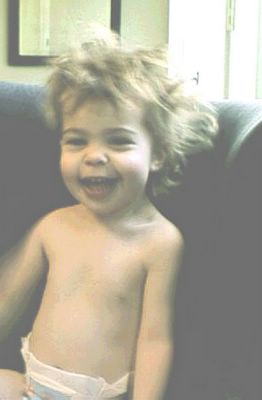 This is a look Emmie likes to achieve with whatever food material she has left after eating - this morning, for instance, the remnants of her Frosted Cheerios. She finds that smearing it over both hands and then running her hands through her hair and finally putting the bowl on her head helps her get that look that others pay 20 bucks or more for in products like "surf hair" or "hair putty" or "Got2bespiky". 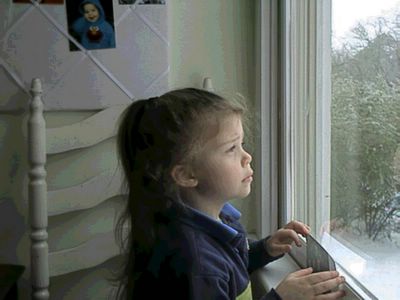 here's Riley three years ago - watching the snow in our Heights house. 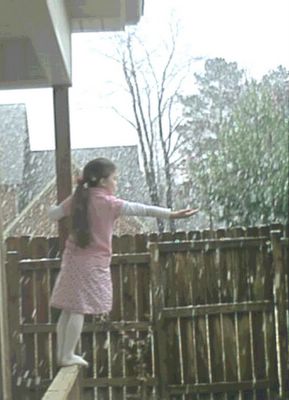 I thought I'd show (for my mom and sisters especially who I'm sure despaired of me ever becoming a "lady") that Riley definitely has some of me in her - she has no compulsions about climbing in her dress. 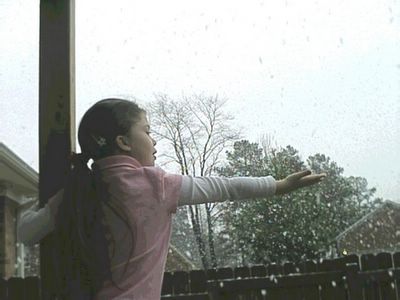 catching snowflakes - they were as big as pancakes for a while 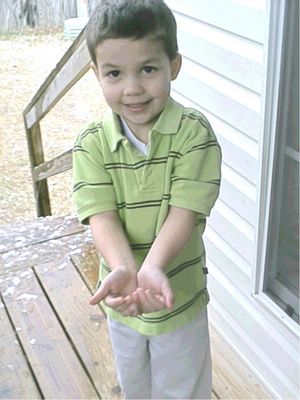 Look hard, you can see it, can't you? "It's a snow storm!" as Riley keeps saying. 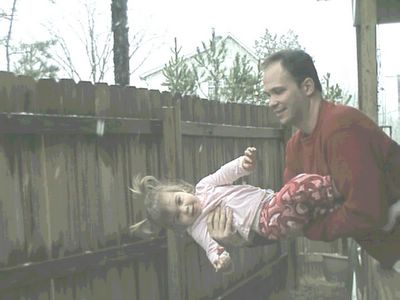 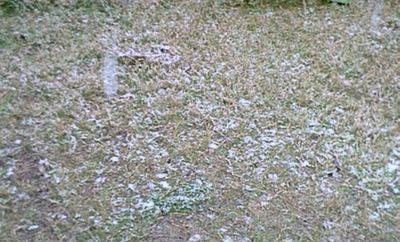 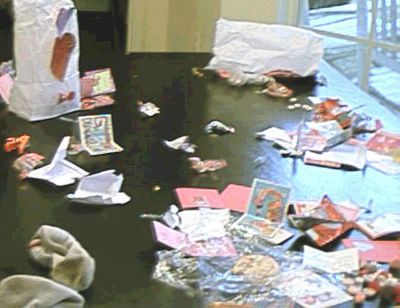 Last night I told the kids it might snow today, but that since we live in AR it might NOT snow even though there's a chance...and I was cautioning them not to get upset if it doesn't snow...

I'm the pope of my home

Emmie just came up to me and kissed my ring. She says "Oh, Twinkle! [my ring] How are you today, Twinkle? [kiss, kiss] I love you, Twinkle!" 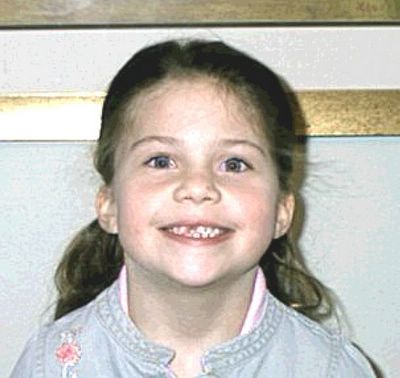 Riley yanked her own tooth out Sunday morning! Snaggle-tooth princess.