When she gets scared now she says "Da God betect (protect) me." 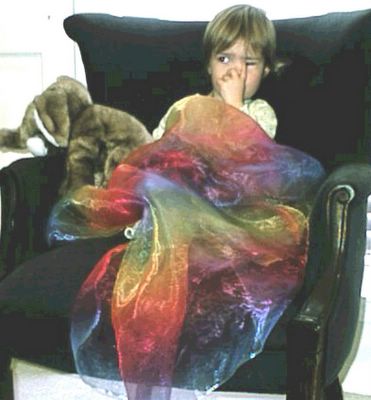 She's kind of sick today - sitting with her elephant and "rainbow blinket" and poking herself in the eye for no apparent reason. 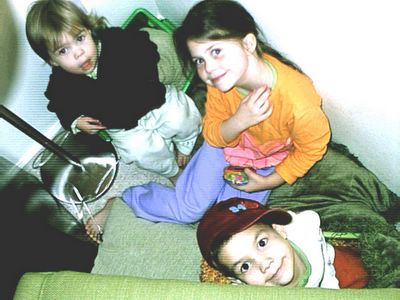 They're in their "clubhouse" - they actually all three played together - SWEETLY - in said clubhouse for an extended period of time today. Wow.

"Goon I ride my trithicle?"

"Is there monthterths in dere, momma?" - about anywhere I'm not 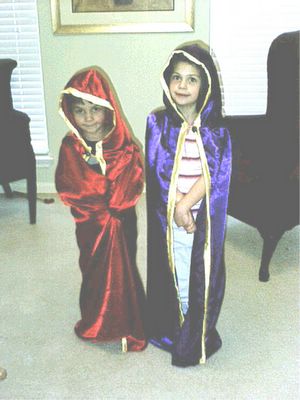 the King and Queen 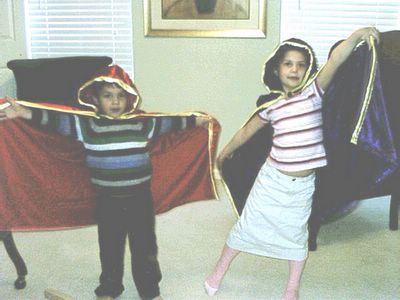 I made them cloaks - they're very into dressing up these days. 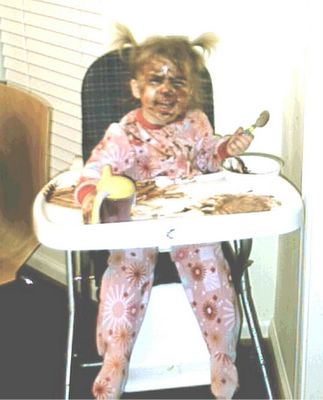 Look how proud the chocolate baby is of herself...it's Saturday night, must be time for a bath and - how about a facial? 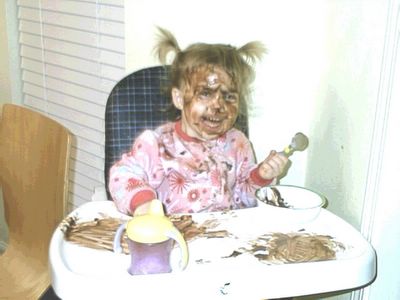 I made chocolate pudding for dessert and turned my back for a minute.

The kids are watching "Lion King 1 1/2" and Emmie just said "I like the king. Where Nala?" I know she hasn't seen "Lion King" before, so I said "Emmie, how do you know about Nala?" She looked up at me, pointed to the playroom, and said "I have da book, Mom." 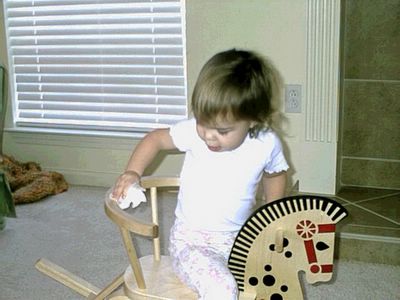 Whenever I change her she says "Goon [can] I have a wipe? I needa clean the coffee table." Here she's "cleaning" her "rockin' horthsey." 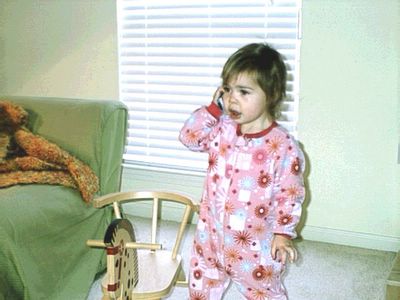 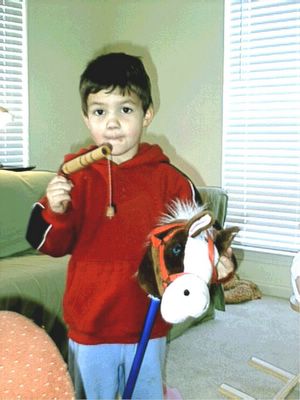 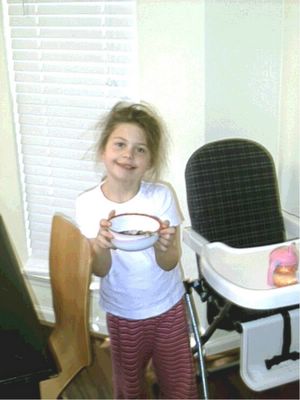 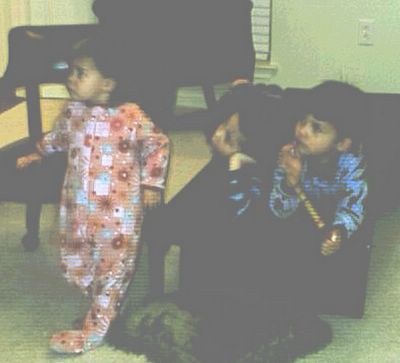 Washed, pajama-ed, and watching a show; eagerly awaiting the sitters 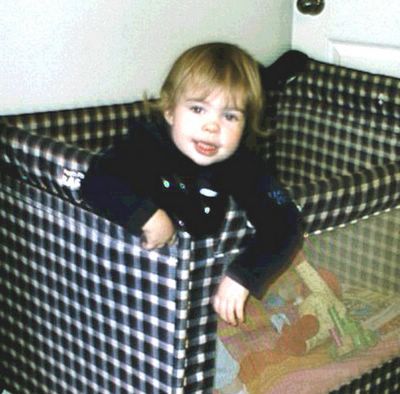 Emmie - "You take a picture for Elmo! Cheese for Elmo!" 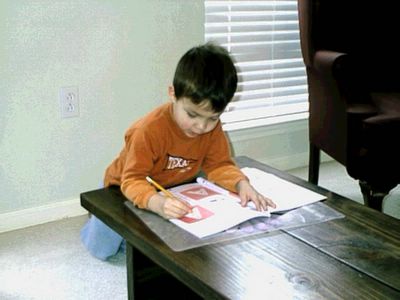 He loves to do school, but unless he gets to also work on math Logan doesn't consider this "real school." 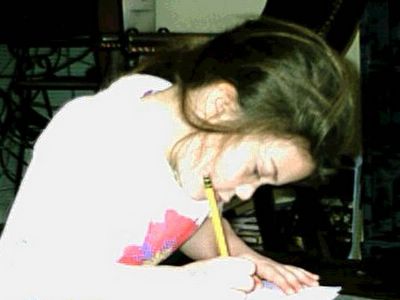 We were about 40 minutes late for Sunday School - in some churches that means you missed it but in ours they're just warming up! Riley was glad to make it to class.

Riley's one desire was to sit in the balcony, which Dad never does. (We didn't. We sat on the other side of the church, though.)

During one of my favorite songs ever ("Where else have we to go, since you alone have words of eternal life"), I was called to the nursery to get my snotty-nosed toddler, who then did not want to stay in the service and hear Dr. Bruce Ware speak, though I did. We ended up in the hallway, cry room being unavailable. It was a great sermon, and I'm glad I fought to get to hear it.

Upon returning home, I asked everyone at lunch if they missed dad - a chorus of "yes" all around, then Logan said, "But church without dad went a lot quicker." He speaks the truth - even though I did stay and talk for half an hour...

I'm roused from my brief blogging moment by Emmie yelling "Mommy! Cleany-cleany!" That means she's made a mess. My little punk. 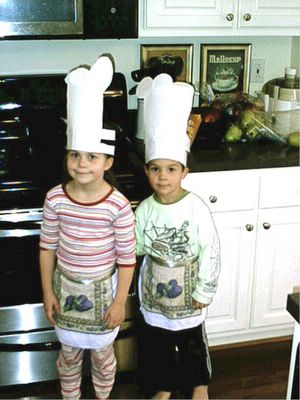 They made the hats, I made the aprons. We're going to make lunch now. 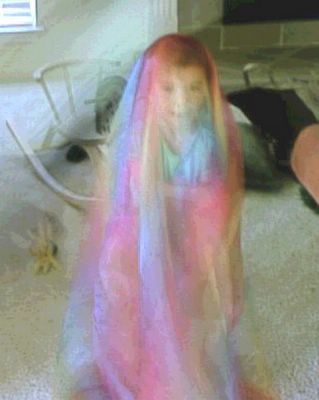 this is the rainbow fairy or something like that 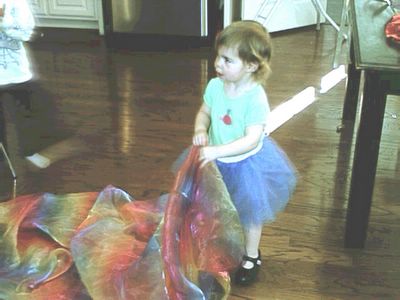 "Oooh, I Angelina Ballerina!" she says 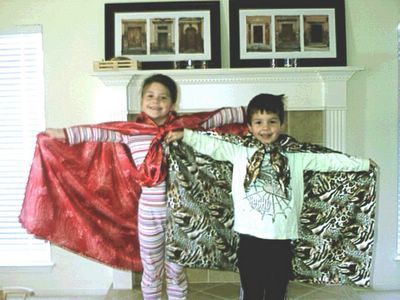 They call themselves Jungle King and Jungle Queen in these capes 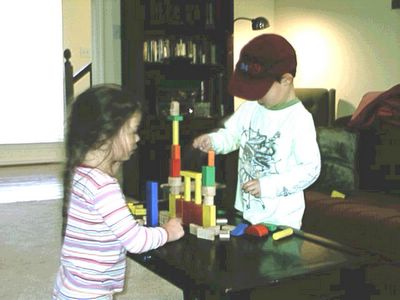 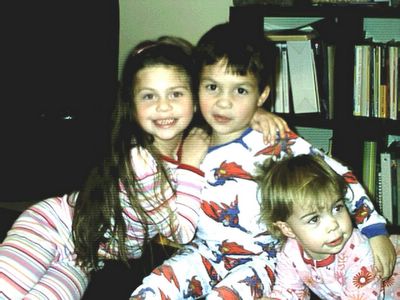 Attempt 1 for hugging picture ("Hey, everyone sit on the bench together and smile!") They just don't stop moving that long. 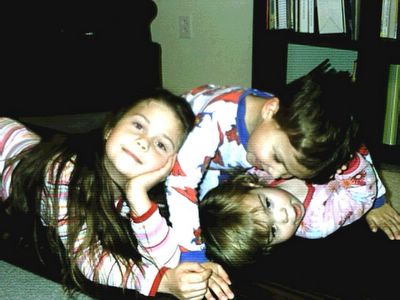 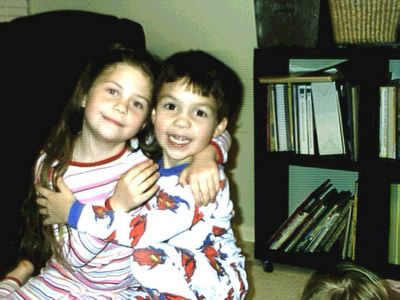 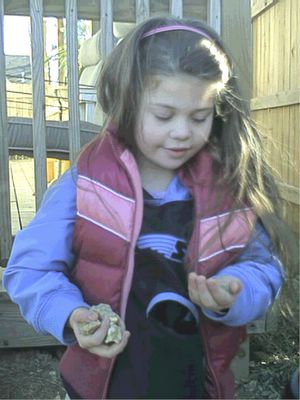 Gathering "crystals." They were pretending pirates were coming to steal the crystals from them. At one point this included Daddy's all-time favorite (!) - climbing up on the fence to look for pirates. I got them right down, don't worry. 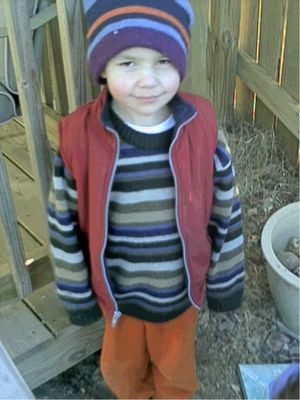 Isn't he beautiful? Nothing matches, but he can pull it off. Red vest, orange sweats, different colored striped hat and sweater... 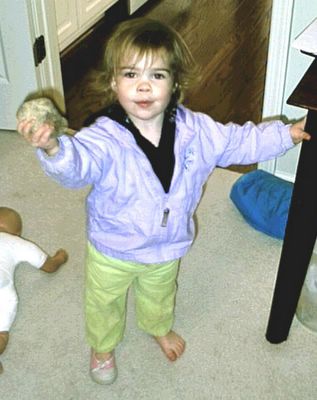 Look - one shoe on, one shoe off, the story of Emmie's life. She was showing me her "crystal," and I told her to hold still and say cheese so she said "Cheese with my rock!"