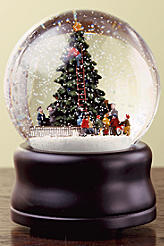 Johnny & Lynn - this is what I got from LandsEnd from you guys. I love it - so do the kids. Emmie says "I wanna hold the Christmas!" Thank you from all of us!

To which she replied, "No, no gods." (again pointing to the blank page) "Gods." (pointing to words)

I have no idea what she's talking about.

By the way, I learned a new Southern word recently. It's "beezier." Prounounced "beez-ee-er." As in, "it would be easier." This one makes the top of my list.

Said list was topped until recently by "amogimyuh" - that's pronounced "ah-mo-gim-yuh," and used like this (in a real live tv commercial), "Ahmogimyuh truck." In case you Yankees can't figure that out, it means "I am going to get me a truck."

me - Ooooh, Emmie I just love you. You're my little daughter!

"I don't want my bobby. You put it inna fridgerator."
"I don't wanna go to bed! I wanna get up."
"You wonderful, momma."

This is breakfast just now: 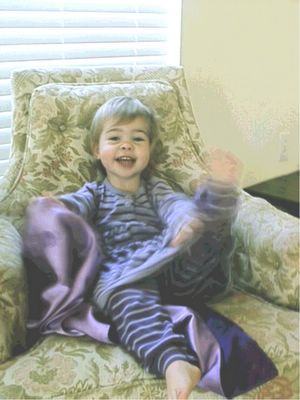 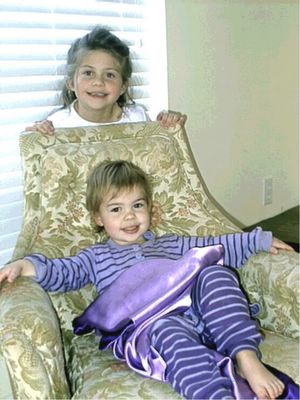 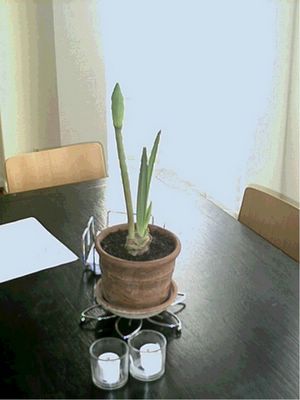 This is the aforementioned amaryllis 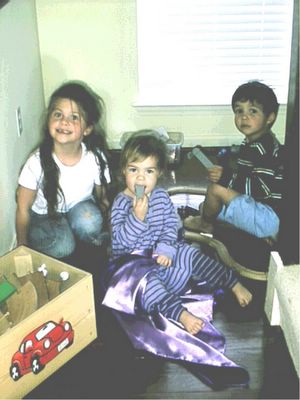 Playing with the train 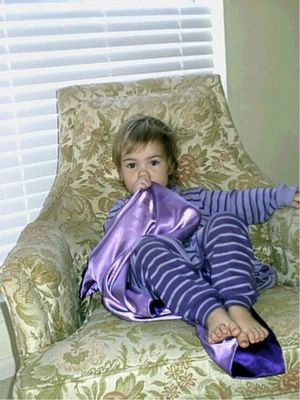 This is Emmie's new purple/lavendar silky blanket that matches the dress & leggings she's wearing. I said to her "it's so soft" and she replied "it so pretty!"

This morning Jeff was changing Emmie on the couch, she was sad so I sat down and was rubbing her head and talking to her. 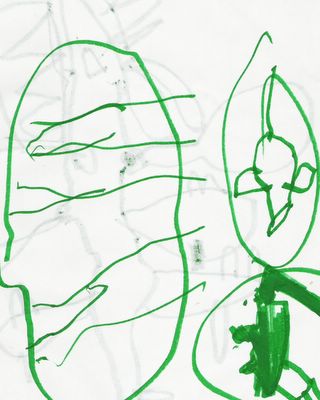 These are Logan's - he brought it to me and told me these ovals are "fossils of dinosaurs". The top right is of a pterodactyl, and the bottom right is a T-rex. 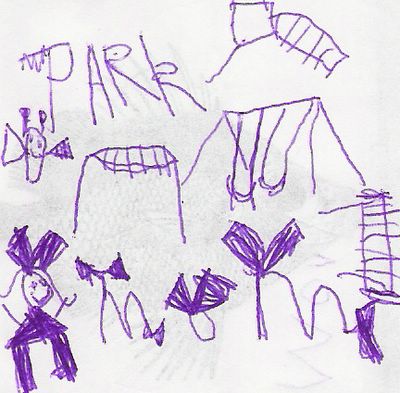 One of my favorite pics from Ri recently - it's the park, obviously, with slide, swing, monkey bars, etc. NOTE: she put bows on the letters...how cute is that.

"It berry cold outside, momma!" - Emmie's take on our recent cold front. It went from mid-70's to under 30, and she's used to being able to run right outside in the morning in her pj's.

I rearranged Riley and Logan's room just a bit yesterday and when Ri saw it she said "oh mom, it's just adorable!"

Emmie's sick. Temp just a few minutes ago was 101. She pointed to her throat and said it hurts. So... looks like winter is really here.

Logan is totally into making paper airplanes. He makes like thirty a day. I've told him lately that he can't have anymore unused paper, he has to use stuff that has been used already. Like school papers, sunday school stuff, etc. He makes them out of everything. And he's pretty good! His big deal is to do the wings differently to see how they'll fly... he makes them out of scraps that are no more than an inch or two big. It's a riot.

Riley learned how to play Old Maid the other day. I bought a pack in the dollar section at Target. She beat me right off the bat. I mean, there I am, can't even get my six-year-old to pick the Old Maid out of my hand of cards. That's sad. She beats me at War, Uno, and now Old Maid. I love it. She's the greatest little person, too. She takes any situation and sees the bright side. And then gets Logan excited about it too. (Which isn't easy, if you know Logan.) Logan, for his part, helps keep her feet on the ground. They had a peaceful hour together building a Lego city this afternoon and I was thrilled.

Emmie has this favorite book right now called My Big Brother by Valorie Fisher. It's a great picture book I got her for Christmas last year, and she calls the little boy in it "Lolo", which is still what she calls Logan sometimes. So she'll bring it to me and say "read it to me about Lolo, momma."

They're such great little peeps. Especially right now while they're peacefully asleep and I can remember with great fondness their best moments of the day.

Logan's still obsessed with his blanket. It's in the dryer, and playing outside near the dryer vent he just yelled, "Mom! I smell my blanket!"

my kids know their coffee beverages

Yesterday Riley and Logan were playing restaurant, and Logan was the waiter.

"One latte and one chocolatte coming up!"

"I don't want to be a cowgirl anymore when I grow up." - Riley

"Why not?" - me (she has wanted to be a cowgirl when she grows up for about 2 years)

"The Wild Wild West was a long time ago, and there aren't cowgirls anymore." - Riley

What every woman longs to hear:

"Mom, how come you're as big as the refridgerator?"

When pressed for clarification, he acknowledged that he DID mean that I could reach as high as above the fridge. Mmm-hmm.

I have an amaryllis bulb in a pot on the table. Maybe I'll post a pic sometime. The kids think it's really cool, even though it didn't start to grow until last night. Last night I noticed the shoots coming up, and so Riley and Logan were examining it and making various comments. Riley was saying "what's it called again?"