Emmie crawled up into my lap the other day and said "baby tender, mom" - I answered "are you feeling kind of tender, Em?" and she replied "Emmie tender!" I think it's because when she's feeling grumpy or sad or easily crying I say that she's kind of "tender".

Then the other morning after breakfast I was trying to enjoy my coffee while it was still hot. I was still at the table, and she came up on my lap and said "'at good, mom?" grinning, looking at the coffee, then "'at hot, mom?" and I said yes, it's hot, then kind of slurped some up (you know how you do when it's really hot) and she said "blow bubbles, mom?" thinking that of course that was what I would be doing...

Okay. When I say she talks a lot I'm not kidding. This is the conversation we just had.

"Mom."
"Yes."
"I have to tell you something. It's really important."
"Okay."
"Momma, I forgot what I was going to say."
"If you wait a minute it will probably come back to you."
"Momma, if it doesn't that's okay, I'll just think of something else to say. I just can't think of a thing to say. Not a thing. Nothing is coming to mind. I have nothing to say." 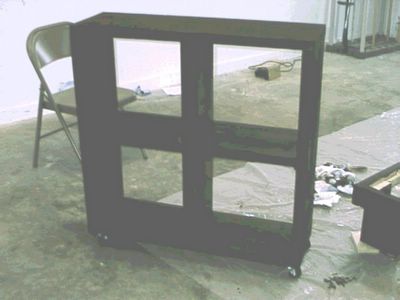 my new bookcase for the dining room - it's on wheels 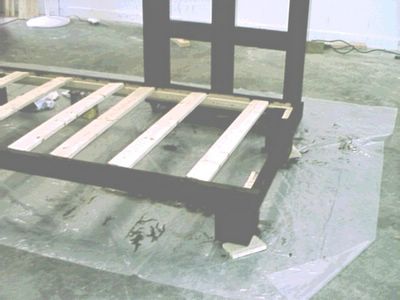 one down one to go - new beds for Ri and Logan 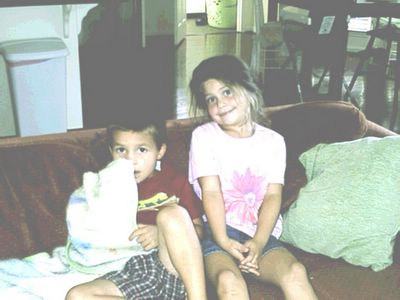 Riley and Logan on our "new" orange couch

It's taken two-plus weeks to settle back down from traveling. Emmie's still grumpy (as in "go way Riwey!" and "no like it" for everything). It's getting better though.

Riley discovered American Girls. Her new "favorite movie" is a dvd we borrowed about Samantha. She says every day "can I watch my favorite movie, mom?" And Logan says "it is not MY favorite movie." 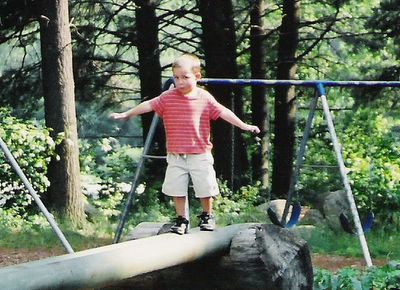 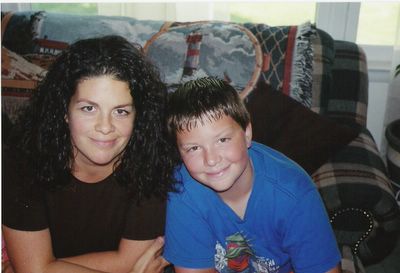 Nathan and me - he's smirking after beating me at chess 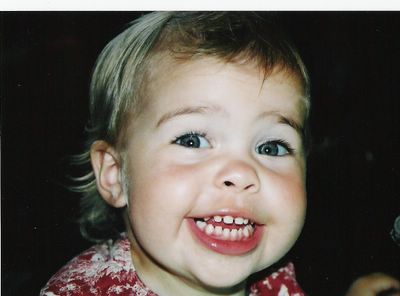 Emmie puts on the cheesemonkey for pictures now 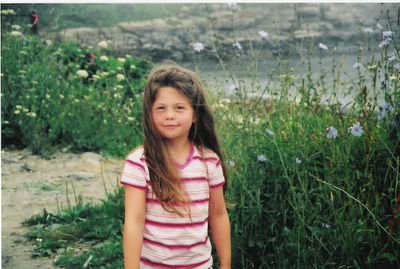 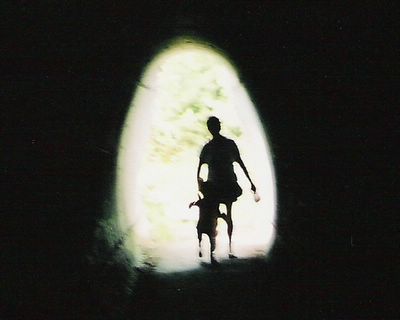 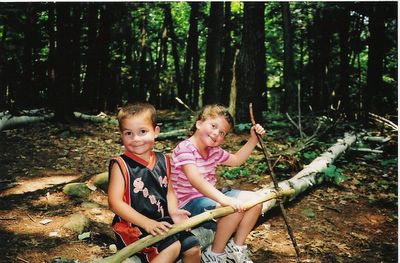 Logan & Ri on a fallen white birch - "look, your favorite, mom" he said when he sat down 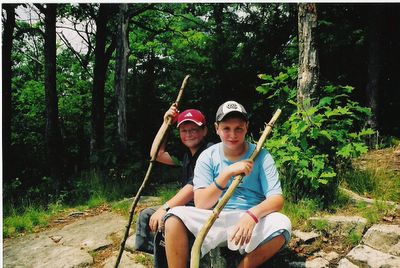 Nathan and Ben on top of Mt. Severance 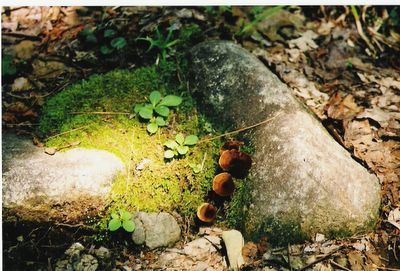 this one's for you, Beth 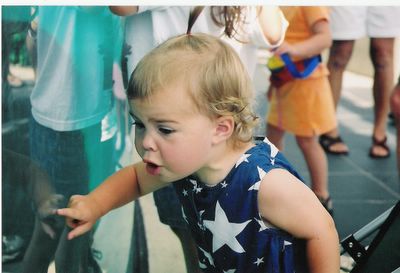 Emmie face to face with a seal at the aquarium 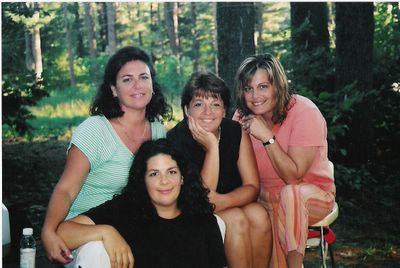 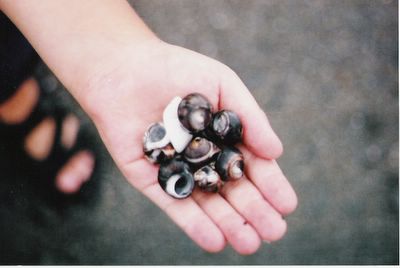 I never thought this would happen to me. On the way home I craved barbecue. We stopped outside Memphis for some good old southern pulled pork barbecue, and it was good. The only problem was that about an hour after we ate I had the worst stomach ache ever since I haven't really (mostly) been eating meat, especially not pork, in months. So, not my brightest move, but it was good! I seem to have been at least slightly southernized. I also found that nothing was nearly spicy enough in the North, although the seafood kicked.

We're back from The Mighty Long Vacation. The kids are running crazy. Fairly near borderline certifiable. Or maybe that's me? I've unpacked most of the bags, except for Emmie's suitcase and one tote that has heaven-knows-what in it.

Emmie has a black eye - yesterday she was looking under a bench for a bug she thought she saw and tripped. It looks really sad. She works it though - when I kissed her tonight she pointed to it and said "kiss eye, boo-boo." The kicker is that she sounds terrible - her voice is totally froggy like she has laryngitis or something so it's heartbreaking and laughable all at the same time.

I'll scan some pics in soon of the trip. Got some cool shots of the kids, the ocean, the fam, etc. There's one of Em at the aquarium and she's so excited there's a vein popping out in her neck.

To all my dear fam: I love you, but I'm too emotionally unstable to leave my home that long ever again. I need, for survival, my own kitchen, and my own bed (where I sleep when at all possible apart from my three wonderful children who become slightly less wonderful to me if I have to sleep with them kicking me in the stomach, face or other body parts for significant numbers of night in a row.) That said, it was great to see everyone.